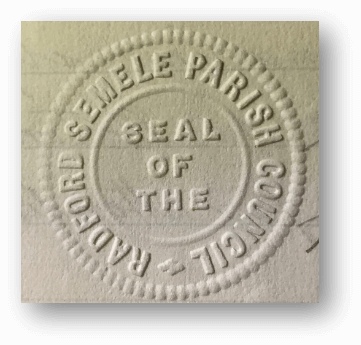 Mr John Staite was elected chairman of that meeting to oversee the election of the chairman and parish councillors.

Six nominations were duly received for

No other nominations were received and so those nominated were duly elected as Parish Councillors by those present at the meeting.

Mr Henry Edward Thornley was elected as the vice-chairman

Mr John Joseph Rogers was appointed as Clerk to the Parish Council at a salary yet to be discussed!

At that meeting it was also agreed that the Parish Council would purchase a seal and an iron safe.