The Remit of The Parish Council 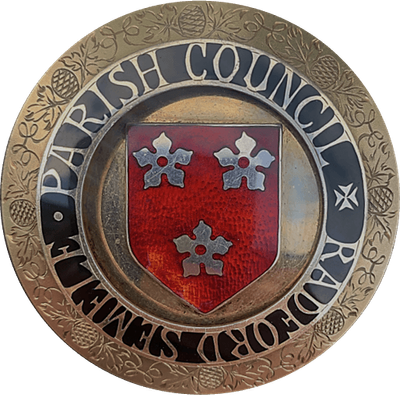 What is a Parish/Town Council?
The Radford Semele Parish Council (RPC) a statutory local authority established under the Local Government Act 1972. It operates in the area of Radford Semele.

Who is on the council?
The council is made up of councillors elected by the electors of the parish. The recent parish council election was uncontested because there were fewer candidates than the allocation given – in the case of the RPC the allocation was 10. All candidates are elected unopposed. Every year the council elects one councillor to be the Chairman of the council. The current chairman of the council is Cllr Stanley Sabin. (The council has a paid officer who organises meetings and helps to carry out the council’s decisions – this officer is known as the Clerk. The current Clerk of the RPC is Mr. David Leigh-Hunt. You can find the list of councillors here.

What powers do Parish Councils have?
The main role of a Parish Councillor is to represent the views of all residents within the Parish and to listen to, and understand, the views and needs of different groups in the community (such as young and older people). As a Councillor, there is a responsibility to be well-informed, especially about diverse local views. Councillors cannot assume that they represent the interests of electors without consulting them. Parish Councillors are elected representatives, not volunteers or employees, and serve for a 4-year term, unless co-opted or elected in a bye-election when they serve until the next election.

The Radford Semele Parish Councillors have a wide range of powers which are covered by Acts of Parliament. These powers are broadly categorised into three: (1) Powers to provide facilities e.g. creation and maintenance of footpaths and bridleways. (2) Representative powers e.g. all planning applications in their areas. (3) Miscellaneous powers e.g. creation of a neighbourhood plan.
For further information on the powers of the RPC click here.

To whom are they accountable?
The council is accountable to the electors of Radford Semele. Elections to parish councils are held every four years. The last election was held in 2019. The next election is scheduled for 2023. The RPC’s accounts are subject to scrutiny by an External Auditor. However, since the Standards Board for England was abolished in March 2012, any alleged breaches of the Code of Conduct by individual councillors may be discussed initially with the Chairman of the Council to see if a resolution can be found, if not then the Warwick District Standards Committee can be consulted.

Can I attend meetings of the council?
Yes, all meetings of the council and its committees is be open to the general public and the press, except in very exceptional circumstances. The time and place of meetings is advertised beforehand – usually on the RPC website and noticeboards within the parish. The notice is posted at least three days before the meeting.

Can I speak at the meeting?
You cannot speak whilst normal business (standing orders) is being conducted. However, the Chairman makes provision at the meeting when standing orders are suspended, at which point the public are invited to address the council on an issue that concerns them.

How do people get elected to the council?
Elections are held every four years and will usually coincide with the Warwick District Council election. A Public Notice of a forthcoming election will be placed on noticeboards within the village and the RPC website.

There are occasions when the number of people who put their names forward for election is less than the required number of seats on the council. In these circumstances an election is not required and those who stood for election are deemed elected. In order to fill the vacancies, the council is required to co-opt other residents. If a seat on the council becomes vacant between normal elections then a special procedure is followed which can lead to an election or, more likely, the co-option of a new councillor. Recently, members of the public were co-opted in 2017 and in 2019.

Are councillors required to declare any financial or other personal interests?
Yes, all Radford Semele Parish Councillors have to abide by the Warwick District Council Code of Conduct. They also must enter relevant financial and other interests in a special Register that is open to inspection by the public.