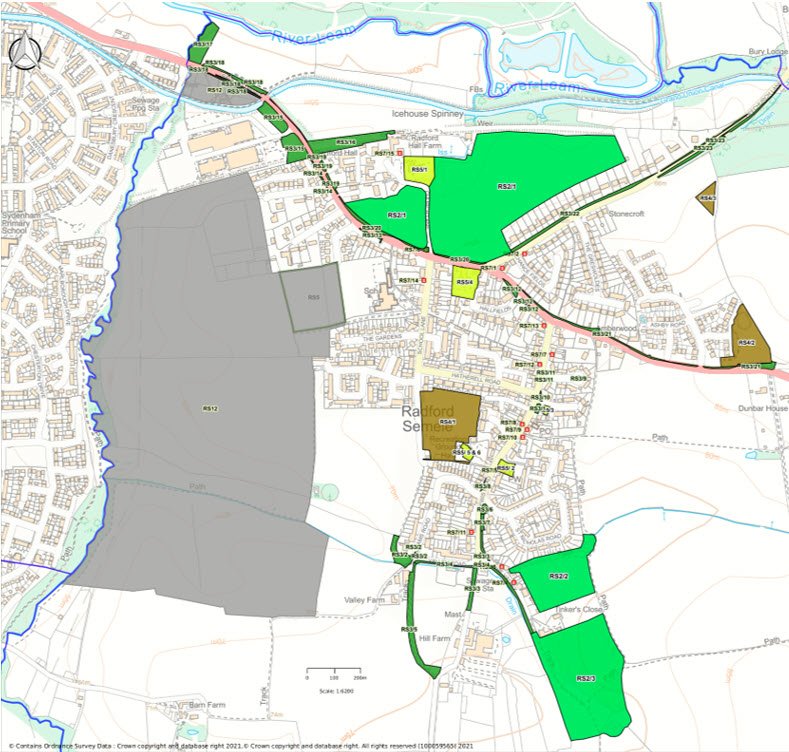 You can move around and zoom in and out of the map below.

You may view the individual elements of the Policy map points be selecting or deselecting a layer using the pull down menu on the map.

The detail for each of the Policy reference points are in the current version of the Neighbourhood Plan that can be downloaded below.

To ensure that Radford Semele village remains a distinct, separate settlement and to prevent coalescence with Royal Leamington Spa, Sydenham and Whitnash, the Area of Separation identified in Policies Map 8 will be maintained. This area lies to the west of Radford Semele and extends up to the Parish boundary.